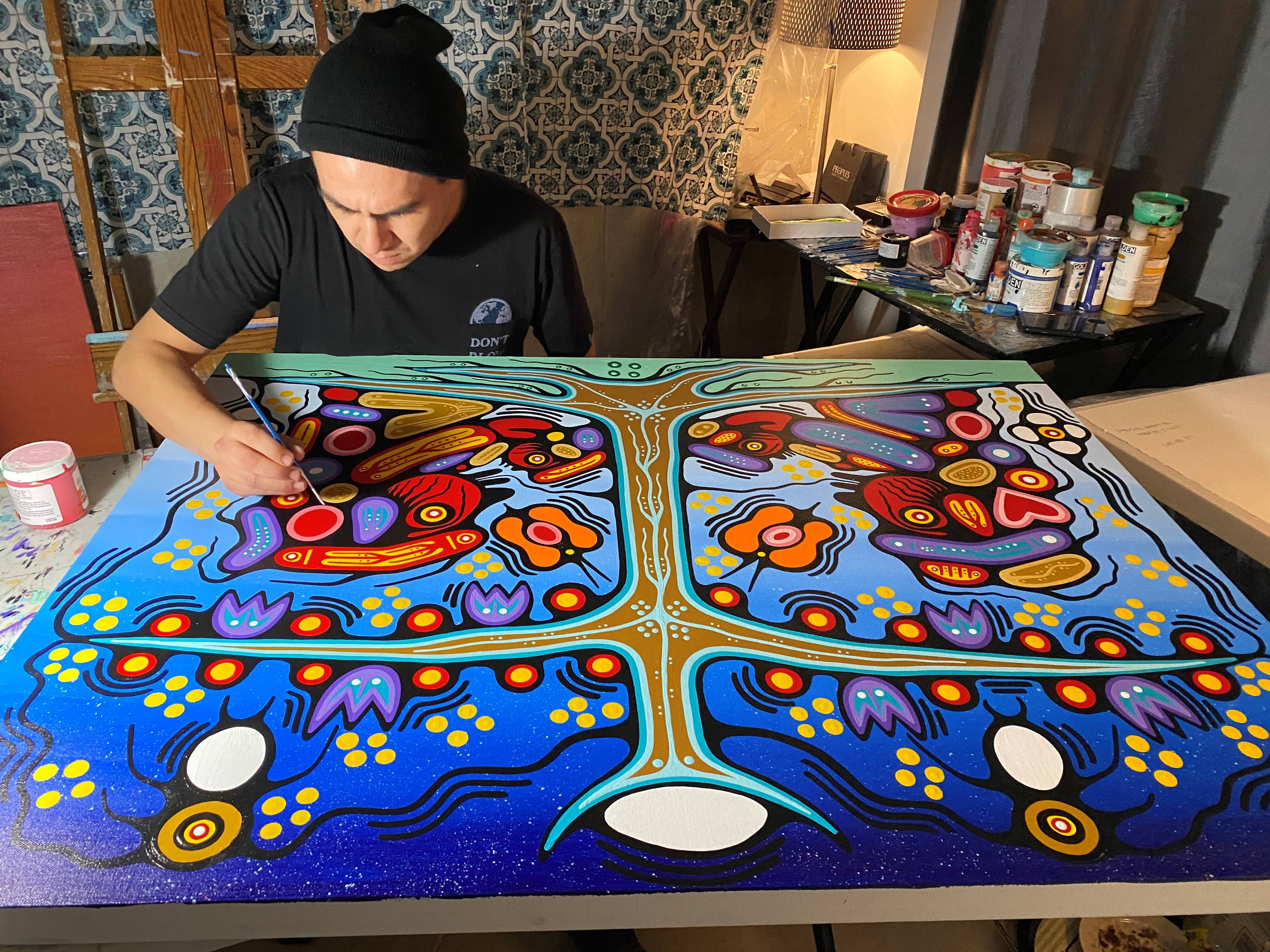 Brent Hardisty is a woodland style painter who works in acrylics on canvas. His spiritual name is Niiwin Binesi translated roughly from Anishnaabemowin means Four Birds.

He lived in the city of Toronto in his earlier years and was highly influenced by the graffiti sub-culture. He eventually made a name for himself within that scene and moved onto painting murals for organizations and businesses.

This current style and medium was influenced by his bringing up in a first nation community in Northern Ontario. These pictures depict deep spiritual significance yet they always beckon the viewer to look inside themselves. For there is much to be said of the individual and their own interpretations. Much like our dreams or the colors and symbols placed through out the work.

I SAW THE TURTLE 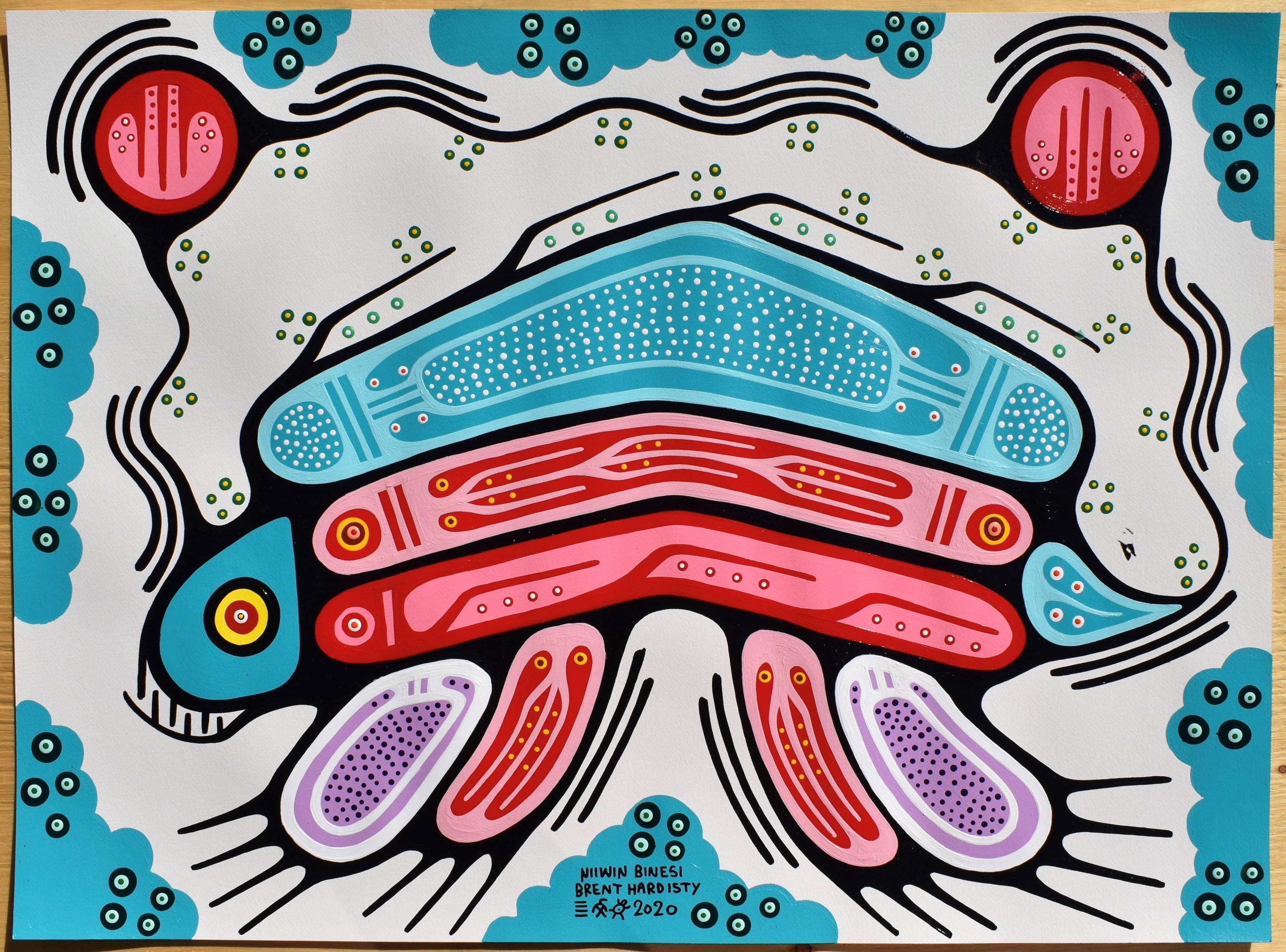 Dreams and or visions are very important to people since the dawn of time. They have been seen as glimpses into future and also give direction in times of need. Some will dream of animals and also learn the responsibilities and gifts of that animal or helper. "In particular I myself have seen the turtle and it's also my clan as well which is of great significance." 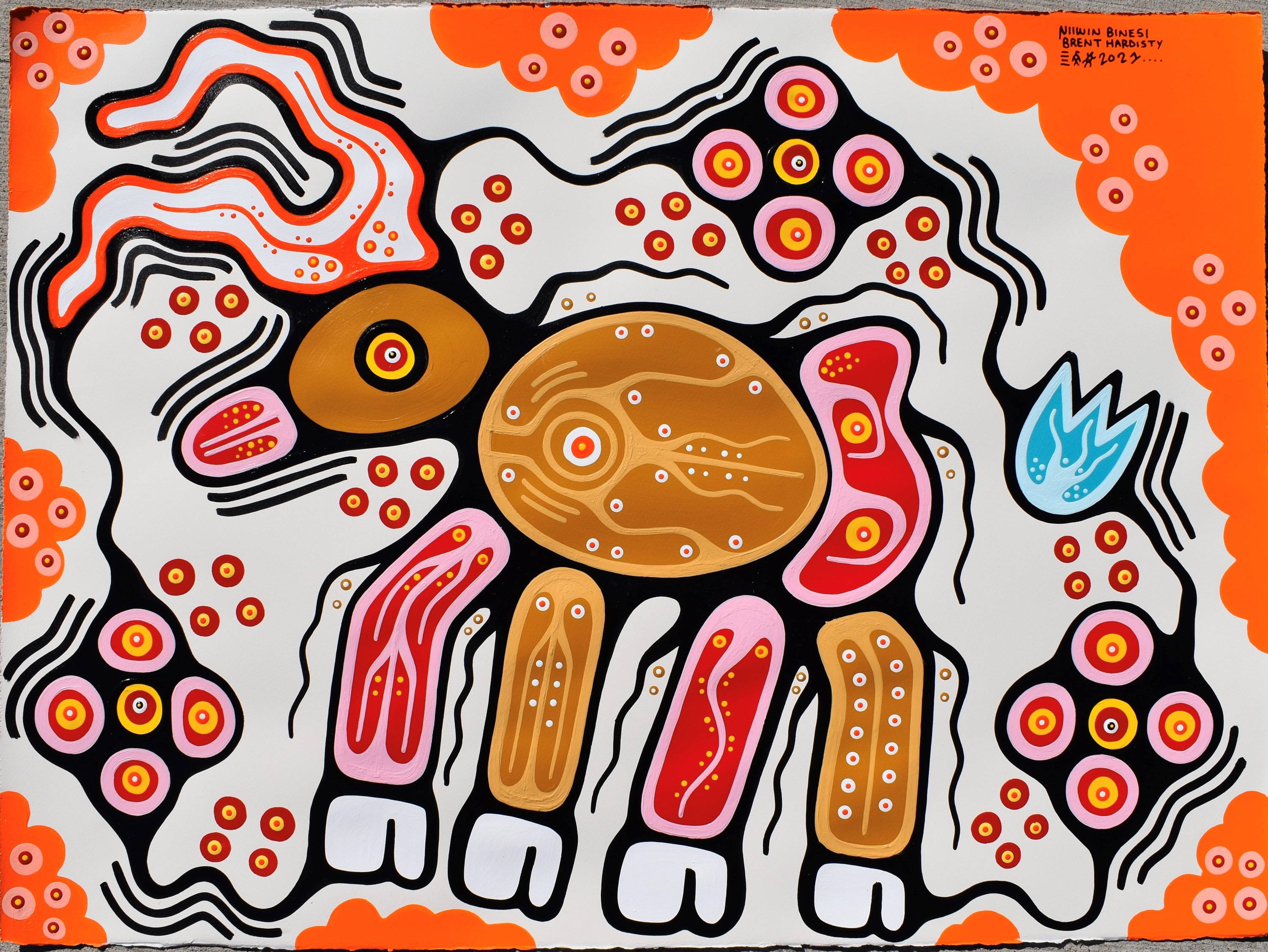 Deers are very sacred and have beautiful antlers which can signify a spiritual connection. Surrounding the deer are medicine flowers, which can be eaten as food in certain seasons. The abundance which comes from the deer and the sustenance that they bring to all people is very important, along with the healing medicines in nature. It is important to appreciate the good things in life and always enjoy the beauty in nature.